Hello, everyone! Angel Payne here, swooping in to share some exciting news about an historical paranormal romance that I’m re-releasing on September 30th. I’m very excited to share a bit from Lords of Sin: Redemption with you. 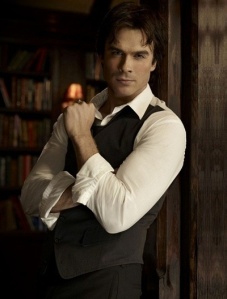 I originally wrote this book as Annee Cartier in the late 1990’s, but it’s one of those “books of my soul” that has never left me. To this day, the thought of Marcus Stafford makes me gooey! 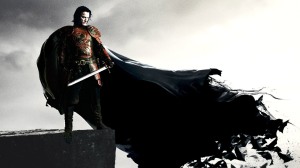 Okay, so you will love this story if:

–You’re as excited about the upcoming movie Dracula Untold as I am. Big, sweeping drama and romance are so my thing, and I indulged all of those passions in this book.

–You ever saw Andrew Lloyd Webber’s Phantom of the Opera and loved it. Marcus is a tormented hero inspired by Erik,the Phantom who shows Christine The Music of the Night.

–You love Ian Somerhalder as Damon Salvatore on The Vampire Diaries. OMG, you have no idea how many times I watch his performance and say, “Oh hell, that’s such a Marcus thing.”

–You like your vampire books with a lot of history, passion, and gorgeous dresses! (Yes, I’m a bit of a fashion lover…and getting to research the gowns for this books was a near-orgasmic experience.)

So how about a little blurb…and maybe an excerpt? Yes??? AWESOME! Enjoy! 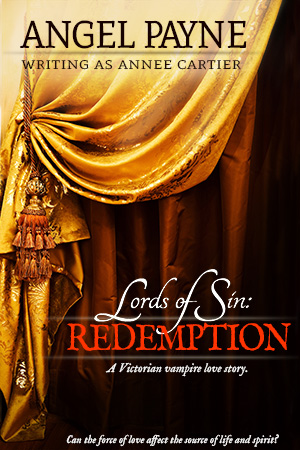 He watches her every night, rehearsing alone in his theater, her beauty aglow in the gaslights. With every hour that passes, Marcus Stafford is more entranced with the passionate Gabriela Rozina, and the dream she refuses to give up. His obsession is dangerous and he knows it. She can never know who—or what—he is, and why he can never step nearer than the shadows.

But her heartbreak is his undoing. Sorrow is a currency he’s traded in for two hundred years.

Gabriela is moved by the stranger with the silver eyes who emerges from the darkness yet brings brilliant light to her world. Soon, she wants something more from Marcus than his mentorship with her acting. She begs for his touch, his body and his heart—but more than anything, to share his dark secret by giving him her blood.

As the night draws near of Gabriela’s most vital performance ever, she is in danger of never making it to the stage—unless Marcus fulfills her wish and shares his life force with her. But in the doing, he risks everything, including both their souls.

Hours passed. The lamp’s oil burned down and died. Darkness, the starless gloom that permeated the world in the last hour before dawn, descended.

Gabriela’s warmth still clung to every inch of him. Her life still filled his nostrils, his sights, his mind.

Let her go, a voice ordered, seemingly from thin air. His conscious did that when it said things he nay wanted to hear.

You could have only hurt her. And she could have hurt you. Irreversibly. Do you remember the last time you were so hard and hot and obsessed over a woman, you thought with all the control of a bonfire—

He stormed down the hall. For the first time in a long time, he felt pricks of the approaching sunrise—and welcomed the hot needles in his skin. He contemplated giving in. Of at last choosing the finality of eternal damnation over the torment of eternal loneliness.

But he would not. He was too much a goddamn coward even for that. For all the drinking and swordplay and bedded wenches he’d crammed into his depraved mortal existence, Marcus was, deep in his rotten gut, passionately afraid to die.

So he would descend to hell once more.

The exhausted weight of his body pulled him toward the locked door at the end of the hall. Curiosity about what lay beyond it had long ago waned among Drury’s ever-changing tenants, their histrionic tales of the theatre’s famed “ghost” replaced by the more stylish excuse of a never-used broom closet. In this sole matter, Marcus appreciated the intervention of style. He just wanted to get out of here.

But he had to take the steps past Gabriela’s dressing room first.

With a determined curse, he approached the portal fast. He steeled his gaze straight ahead. He would not look.

But she had left the lamp turned up, just a little bit.

Like distant recollections of autumn sunsets, the view beckoned to him. All the elements of her world lay still but vibrant in the deep umber light. The gleam of her crystal hairbrush on the dressing table. The twinkling beads on her costume, hanging on the dressing screen. The frayed copy of Hamlet she’d been working from earlier.

And a dark leather book on the floor, its pages soughing the floor as his boot bumped it.

No, Marcus amended as he picked it up. Not a book.

“Gabriela.” He now gripped the journal with both hands, drinking in her words as if they were written in water from the spring of life. Knowing he should hurl the damn thing away. Clinging to it harder with each passing moment.

“Gabriela,” he grated, slumping against the door frame, “I do not know how I am going to survive you.”

But how, his soul roared back, would he exist any other way again?

Lords of Sin: Redemption  will be available on all e-reader platforms on September 30th.

If you want to see any information on my other books or subscribe to my newsletter, please visit my website by clicking here.

Do you love reading sizzling hot romance? Then join the Nice Girls Writing Naughty Readers’ Group! It’s THE place to interact with the Nice & Naughty Girls! 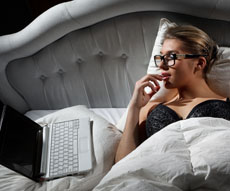 Who Are the N&N Girls?

Look for special details and events on both the blog and our Facebook Group!